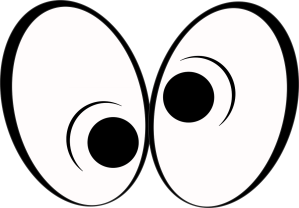 The concept of ‘Khula’ amongst Muslims is based largely upon a sole incident regarding Thaabit bin Qais.

‘Scholars’ use this hadith https://sunnah.com/bukhari/68/24 to claim that:

1). If a woman asks for divorce, she must give back the mahr.

2). The wife of Thaabit bin Qais went to the Prophet so women have to divorce through a court/judge.

3). The judge or judges will decide if the woman’s request is valid.

So, according to most Muslims, while a man can just divorce a woman by saying the word ‘divorce’, a woman follows a completely different process.

Does this sound right to you?

Those who know Islam know that this is simply NOT the religion (See my blog on ‘Khula’ here). In fact, if we take a closer look at the ahadith about Thaabit bin Qais we find a LOT of confusion.

Why did the wife of Thaabit bin Qais want a divorce?

Firstly, in the account found at https://sunnah.com/bukhari/68/25 , the wife (Habibah bint Sahl Al-Ansarriyah) states she is ‘afraid of the kufr’. Imam Bukhari also included this version https://sunnah.com/bukhari/68/22 which states she ‘hates the kufr in Islam’ (Bukhari found a problem with one person in this chain but included this hadith in his authentic collection because it is backed up by the one mentioned prior to it – (68/25). It also appears with the same words (the wife stating she wants a divorce because ‘she hates the kufr in Al Islam’) in the collection of An Nisa’i.

Now, if what we take away from this account is that the wife of Thaabit bin Qais wanted a divorce because of his ‘kufr/disbelief’ in Islam, then this fits with evidence from the Quran (See my blog on this here).

There is a hadith (https://sunnah.com/bukhari/61/120) that names Thaabit bin Qais as from the people of Paradise. This does not mean he was a Muslim at the time of this divorce (He is known to have fought at Uhud but not at Badr). There does not seem to be sufficient information about him to know when exactly he became Muslim.

However, if we conclude (like the clergy have) that the problem here was the wife fearing she would ‘be ungrateful’ (translating ‘kufr’ to mean ‘ingratitude’) makes no sense whatsoever. Moreover it contradicts the Quranic verse which states the Mahr cannot be taken back by the husband (4:20 – See it here in my blog).

What does this event tell us about Thaabit bin Qais?

If you have a read through the ahadith about Thaabit bin Qais here (https://sunnah.com/search/?q=Thabit+bin+Qais) you will see the picture you get is a confusing one. In the narration by Ibn Abbas where Thaabit’s wife asks for a divorce, she states, ‘It is not his religion nor his character which is the reason for the divorce.’

However, there are a couple of ahadith – one about Habibah and another about another wife (Jamilah bint Abdullah) where he broke the named wife’s hand/caused her physical injury – for both of the women.

Does this fit with the statement that ‘his character’ is not the reason for the divorce?

There seems to be a discrepancy here.

How long was the iddah (‘waiting period after divorce’) in this event?

In this version by An Nisa’i, (https://sunnah.com/nasai/27/109), the Prophet, according to the narration, orders Habibah an iddah of 1 month when we know from the Quran that the iddah must be 3 periods in these cases.

So, either this took place before the verses about iddah were revealed or we are missing other relevant information. As it is, what we are left with is a confusing picture. Even the clergy ignore the part about the iddah of one month and still insist on a three month period. Ignoring one part and taking the rest? What does that tell us about the confusing picture this hadith paints?

I included the hadith about Thaabit bin Qais (in my blog here) because ‘scholars’ around the world are using it to create the ‘Khula’ process and through it, take away a woman’s right to divorce more easily – she has to fight for it.

The responsibility of following the truth lies with us all. Nothing less will ever suffice.

*This blog is about the ahadith about this event. If you’d like the complete picture, see my blog here on ‘Khula, Mahr and Halala’.