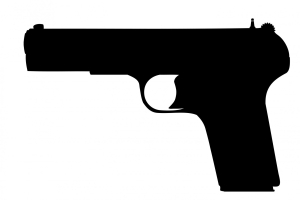 Earlier today, I read an article online published by the Telegraph about an Indian groom who was forced by gunpoint into a marriage. Sadly, this did not shock me. In many cultures, both historically (even in the Western world) and in the modern era, parents decide to force their children, boys and girls, into marriages.

Some Muslims typically use the Prophet’s example to rationalise this vile, dehumanising practice. They believe Aisha was married to him when she was six years old and the marriage consummated when she was nine.

Some Muslims try to avoid discussing this issue, others feel they must be apologetic. The clergy try to explain it by stating girls matured at different ages 1400 years ago.

However, Islam transcends all restrictions of time or culture. For surely, if we restrict any religion to the time in which it was revealed, it means it must be forever transforming to reflect society and hence, over time, become unrecognisable from its original form. In fact, it is society and so, us as Muslims who must reflect the religion. Our understanding and practices based upon actual evidence as opposed to culture and the opinions of the clergy.

In fact, the aggregate evidence reveals that it is not possible for Aisha to have been this young when she married the Prophet. I cared enough to check the history. She had already been engaged to someone previously and looking at the ages of her siblings and the age gaps between her and her sister alongside the migration from Makkah to Medina, I came to realise that she was at least around 19 years of age.

I understand that many, both Muslims and non Muslims alike, will argue there is a statement from Aisha herself included in the books of Ahadith stating she was only six when she married the Prophet and that the marriage was consummated at nine years of age. However, analyzing ALL the evidence clearly indicates the recorded statement is in fact either completely inaccurate (ie. It was never actually said by Aisha) or the wrong numbers were passed down.

Going beyond this, the practice of forcing anyone, and often they are just children, has no place whatsoever in Islam. Islam, as a religion, requires no vindication. The evidence for this is in the Quran.

O you who believe! You are not permitted to inherit women against their will, nor to prevent them from marriage in order to get part of (the mahr/payment) what you have given them, unless they commit open Fahishah (adultery). And live with them honorably. If you dislike them, it may be that you dislike a thing and Allah brings through it a great deal of good.

The verse is clear. Women cannot be married against their will.

Subsequently, there is evidence the Prophet annulled such ‘marriages’. For instance, in the collection of Bukhari,

Narrated Khansa bint Khidam Al-Ansariya: that her father gave her in marriage when she was a matron and she disliked that marriage. So she went to Allah’s Messenger (ﷺ) and he declared that marriage invalid.

So, despite the oft-portrayed connection between forced marriages and Islam, this crime is actually based upon cultural practices. This is evident as those from the Indian sub continent, regardless of religion (Hindus, Sikhs and Muslims) have reports of forced marriages. There are stories of forced marriages in Africa (in Christian communities), the Middle East and in many other parts of the globe which never make it to the media.

In 2014, BBC news reported around 14 million girls around the world are forced to marry every year before their 18th birthday. I have met Muslim girls in such situations, often trying to convince themselves that they are doing ‘okay’ as they see no other alternative. Broken spirits, ashamed of a reality they had no choice in. Human rights ripped away from them. A form of modern day slavery.

In fact, the shame belongs to the coercers, those without honour, lacking in integrity. Muslims who go against the very essence of Islam.

While it is clear forced marriages are NOT a part of Islam and transcend religion, Muslims are both perpetrators and victims of this serious problem. A problem caused by a plethora of deeply entrenched patriarchy, culture, religious misunderstandings of the clerics and the masses, ignorance, oppression and often misogyny.

It is time for us, as Muslims, to own the problem. Each and everyone of us needs to go back to the grass roots of the religion and away from biased, culture influenced interpretations. Knowledge is empowerment and thus, liberation.

It is time for us to join the victims to say ‘NO’. ‘No, we will not give up our God-given rights. No, we refuse to be a part of backward cultural practices which go against Islam and no, we will not turn our backs on those Muslims who need our voices for their silent suffering.’