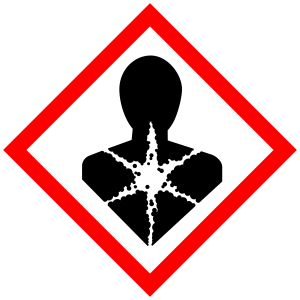 Maybe you have noticed it too? The deeply rooted misconception that being Muslim somehow exempts one from mental health issues or being toxic. Mental health issues have long been taboo in the UK but the culture has been steadily changing so more people are now able to talk about suffering from anxiety, depression, eating disorders, and so on. Yet, Muslim communities still, for the most part, consider mental health as something to hide from the outside world, an inconvenient truth.

Furthermore, there does not seem to be much spiritual help available for Muslims dealing with toxic (destructive, malignant, harmful) families. ‘Scholars’ usually quote verses like the one (2.27) I have pasted below (as well as 13.21 and 13.25) to encourage distressed, vulnerable Muslims to uphold the ties of kinship and not distance oneself from a toxic/abusive family. They state evidence about the importance of treating parents and relatives with respect, having patience, and making du’a/invocations. In other words, they completely side step the actual problem.

The issue is not the approach of the victim or the seeker of spiritual guidance but the family itself.

To get to the reality of the situation, let us scrutinise the evidence. As mentioned above, the clergy commonly quote Surah Al Baqarah, verse 27 (underlined below) so here are verses 26 and 27.

26. Verily, Allah is not ashamed to set forth a parable even of a mosquito or so much more when it is bigger (or less when it is smaller) than it. And as for those who believe, they know that it is the truth from their Lord, but as for those who disbelieve, they say: “What did Allah intend by this parable” By it He misleads many, and many He guides thereby. And He misleads thereby only the Fasiqin (the rebellious, disobedient to Allah). 27. Those who break Allah’s covenant after ratifying it, and put an end to (often translated as ‘SEVER’) what Allah has ordered to be continued (often translated as ‘JOINED’) and do mischief on earth, it is they who are the losers.

Firstly, including the prior verse gives us context. The description which follows in the next oft-used verse is of the ‘Fasiqun’ (the rebellious, disobedient). This verse is often translated as ‘and who sever what God has bidden to be joined’ and so interpreted as implying the ties of kinship. In actual fact, a closer look reveals this is one opinion (Ibn Jarir At Tabari) while others have concluded the meaning is a general one.

In other words, this verse, along with 13.21 and 13.25, the most commonly used, to answer questions on toxic families are NOT about upholding blood ties.

Moving away from the opinions of scholars and looking at it within the context of the whole Quran, you realise quite easily that what is meant here is not strictly ‘joining’ but ‘continuing’. It is describing those who broke a covenant they had ratified with Allah and then ‘discontinued/put an end to’ what they had been ordered with.

The clue is in the bold ‘word’ within verse 26.
يَقْطَعُون

72. So We saved him and those who were with him out of mercy from Us, and We put an end to those who belied Our Ayat; and they were not believers.

So, why are many ‘scholars’ wrong about this? The ‘scholars’ often follow the opinions of the ‘scholars’ before them, bypassing the actual evidence of the Quran. The result? We end up with a few verses being used (with the best of intentions!) to, in essence, trap vulnerable people in cycles of abuse when in fact the verses are about something else altogether.

Then, these opinions are coupled with social/cultural expectations whereby the nature of family relationships are built solely upon reciprocation – visiting one another, invitations to celebrations/family events as well as gift exchanging. Relationships which, to an outsider may appear fine but, are in actual fact, a facade, masquerading for some people, what has been a lifetime of toxicity.

Blood ties should be based upon love, mutual respect, loyalty, and care. Every person, regardless of religion, will feel deep down that there is something wrong when those who should be a safe haven for you are consistently causing you harm (including mental, emotional, physical and sexual abuse).

So, what explicit evidence is there about cutting the ties?

There is a verse in Surah Muhammad, Verse 22,

Would you then, if you were to turn back, do mischief in the land, and sever your ties of kinship.

O mankind! Have Taqwa of your Lord, Who created you from a single person, and from him He created his mate, and from them both He created many men and women, and have Taqwa (fear) of Allah through Whom you demand your mutual (rights), and the wombs. Surely, Allah is always watching over you.

So, we have a verse stating severing the ties is clearly not good and a verse about having ‘taqwa/fear’ of Allah in them.

There are also ahadith like this one from Sahih Muslim,

Jubair b. Mutlim reported that his father narrated to him that Allah’s Messenger (ﷺ) said:
‘The severer of the tie of kinship would not get into Paradise.’
What is ultimately key here is to understand what it means to ‘sever ties’ according to the Arabic language and the religion. It means for a family/blood relationship to be completely severed with intention. This would only happen if one person clearly communicates this to another (e.g. ‘You are dead for me’ or ‘We are finished – you are no longer my sibling/parent /child etc’). This is clearly not permitted in the religion. It has greater implications than visiting one another. It includes being cut from inheritance, financial support and in some cases, a removal of protection.

At the same time, as long as you are not ending the relationship, there are no stipulations that you need to visit them or allow them to visit you. A lot of what is being assumed by Muslims is based upon cultural or social norms and a misguided understanding of ‘upholding ties’.

In fact the religion states in the following hadith that simply reciprocating visits to each other’s homes or exchanging gifts is NOT what it meant by ‘upholding ties’.

Indeed, you can put into place boundaries to protect your sense of self and personal safety. These may entail keeping in touch via phone or e-mail only or meeting infrequently in a public space.

Furthermore, upholding ties does not mean you should allow yourself to be put in harm’s way or to sacrifice your individual sense of self. This might include physical, emotional or sexual abuse or oppression, aggravating conditions such as eating disorders, PTSD, and even suicidal thoughts.

After all, the Prophet also said,