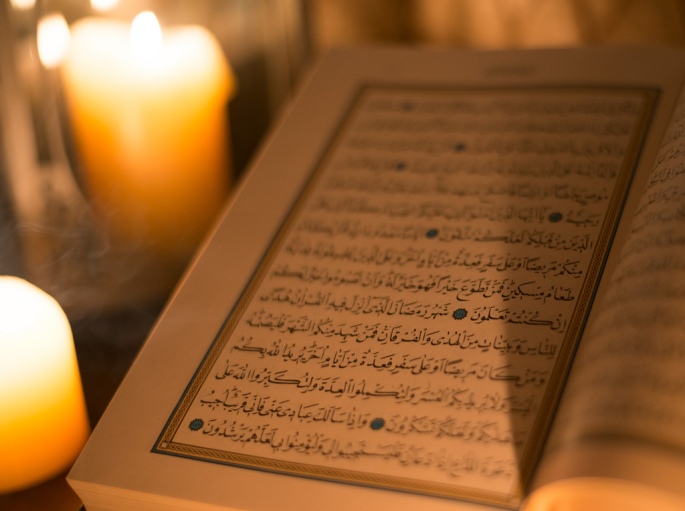 We all know there is evidence to state wudhu or ablution is required before prayer (See  Surah Al Mai’dah, verse 6). Many ‘scholars’ historically and in modern times, unequivocally claim wudhu is needed before touching the Quran too.

This then leads to them claiming a woman on her menses should not touch the Quran because she cannot be in a state of wudhu. However, this becomes baseless if we ascertain that wudhu is not a prerequisite to touching the Holy book.

So, let us take a look at the actual evidence.

Starting at the beginning, the highlighted verse is usually used as evidence to claim that wudhu is necessary before you touch the Quran.

This is indeed an honorable recitation. In a Book, protected. Which none touches except the pure ones. A revelation from the Lord of all that exists.

This verse is taken out of context and consequently so easily misinterpreted. This is why I have included both the verses preceding it as well as the one after it.

Now, understanding the Arabic instead of the usual English translations, the verse is stating ‘None can touch it except the pure’. In other words, it is impossible for anyone except the ‘pure’ to touch this Quran. Allah will not allow it.

It is worth noting ‘pure’ is not always synonymous with ‘physically clean’ either. For instance, in An Naml, verse 56.

There was no other answer given by his people except that they said: “Drive out the family of Lut from your city. Verily, these are people who want to be pure!”

This verse is about the people transgressing in terms of sodomy. The family of Lut refused to conform to what was a widely spread practice. In other words, they did not commit sodomy and took the moral ground. ‘Pure’ here refers to ‘morally pure’ as opposed to physical hygiene. This is also the case for the verse in Surah Al Waqi’ah above.

Now, we know that Muslims, without performing wudhu, have been able and are able to touch a paper copy of the Quran. Indeed, those who are not Muslims have also done so in public libraries, for example. This would contradict the words of the verse so hence, it cannot mean this.

Furthermore, the verse before ‘None can touch it except the pure.’ describes the ‘Quran’ as in a ’protected book’. The paper copies we have are not bound by this protection. This verse is clearly telling us about the ‘copy’ (law-hil-Mahfouz) with Allah. The ‘pure’ are the angels (ie. ‘pure’ from sin, moral).

Some ‘scholars’ use a hadith which reads as follows,

Ali narrated, ‘Allah’s messenger would recite the Quran in all conditions, as long as he was not ‘junub’.

A hasan hadith from Tirmidhi.

So, in conclusion, there is no evidence stating wudhu is needed to recite or touch the Quran. Hence, there is absolutely no reason why a menstruating woman cannot touch the Quran. It is simply the opinion of many.  Islam is a religion based upon evidence. Namely, the Quran and the Sunnah (sayings of the Prophet). Misinterpretation has no place in a religion of God.

We must get to the truth of issues like this one which seem small but are crucial in breaking a sexist culture. A culture which will continue as long as we follow the opinions of such ‘scholars’.

Having a clergy is easier than going it alone because the clergy usually offer us quick answers. It is now the time to prioritise struggle over ease and more importantly, truth over opinion.