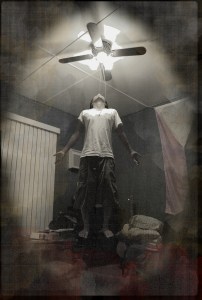 ‘Devilry’ in Islam includes ‘black magic’ and jinn (demonic) possession. Both are serious issues for Muslims. The common advice out there is to use ‘Ruqya’ (see my blog on this topic) as a cure. However, the evidence says different.

In terms of black magic, there is the following hadith:

Magic was worked on Allah’s Messenger (ﷺ) so that he began to imagine that he had done something although he had not. One day while he was with me, he invoked Allah and invoked for a long period and then said, “O `Aisha! Do you know that Allah has instructed me regarding the matter I asked Him about?” I asked, “What is that, O Allah’s Messenger (ﷺ)?” He said, “Two men came to me; one of them sat near my head and the other sat near my feet. One of them asked his companion, ‘What is the disease of this man?’ The other replied, ‘He is under the effect of magic.’ The first one asked, ‘Who has worked magic on him?” The other replied, ‘Labid bin A’sam, a Jew from the tribe of Bani Zuraiq.’ The (first one asked), ‘With what has it been done?’ The other replied, ‘With a a comb and the hair stuck to it and a skin of the pollen of a date palm tree.’ The first one asked, ‘Where is it?’ The other replied, ‘In the well of Dharwan.’ Then the Prophet (ﷺ) went along with some of his companions to that well and looked at that and there were date palms near to it. Then he returned to me and said, ‘By Allah the water of that well was (red) like the infusion of Henna leaves and its date-palms were like the heads of devils” I said, O Allah’s Messenger (ﷺ)! Did you take those materials out of the pollen skin?” He said, ‘No! As for me Allah has healed me and cured me and I was afraid that (by showing that to the people) I would spread evil among them when he ordered that the well be filled up with earth, and it was filled up with earth.”

The hadith is clear. The Prophet simply ‘invoked’ or asked Allah for a cure/help. Asking Allah for help means then being patient and patience is never easy. People by nature, feel better being in control, being able to do something physically, which is why people resort to ‘ruqya processes’ (see my blog on this) despite there being no evidence for this.

Based upon this evidence we should ask Allah and then wait. It may be a very long wait but that is what faith is and why Allah tells us to ask for help with patience, in Surah Al Baqarah, verse 45,

And seek help in patience and As-Salat (the prayer) and truly, it is extremely heavy and hard except for Al-Khashi`in (those who lower/humble themselves).

There is also this related hadith:

Narrated Saud:
I heard Allah’s Messenger (ﷺ) saying, “If somebody takes seven ‘Ajwa dates in the morning, neither magic nor poison will hurt him that day.”

Eating dates is beneficial in a number of ways and you can easily look this up if you would like to know more. However, according to this hadith, adopting this practice is prior to being afflicted so is a preventative measure as opposed to a cure.

Nevertheless, we want a quick fix. ‘Magic words’ (usually taken from the Quran!) to rid us of the problem. This is not faith. It is superstition. Obviously, there is no room for this in Islam and furthermore, this practice betrays the very cornerstone of the religion. The belief in One God and the belief in His abilities as the only One who can cure.

Interestingly, in our current time, the list of ailments is endless. Anything – from a chronic illness to a marriage falling apart is put down to magic. Magic becomes an easy scapegoat and the pendulum of control swings in the opposite direction so all accountability or responsibility for action is relinquished.

Now, in terms of jinn (demonic) possession, this example is related by Ya’la ibn Murah:

I saw Allah’s Messenger (peace be upon him) do three things which no one before or after me saw. I went with him on a trip. On the way, we passed by a woman sitting at the roadside with a young boy. She called out, ‘O Messenger of Allah, this boy is afflicted with a trial, and from him we have also been afflicted with a trial. I don’t know how many times per day he is seized by fits.’ He (peace be upon him) said: ‘Give him to me.’ So she lifted him up to the Prophet.
He (peace be upon him) then placed the boy between himself and the middle of the saddle, opened the boy’s mouth and blew in it three times, saying, ‘In the name of Allah, I am the slave of Allah, get out, enemy of Allah!’ Then he gave the boy back to her and said: ‘Meet us on our return at this same place and inform us how he has fared.’ We then went. On our return, we found her in the same place with three sheep. When he said to her, ‘How has your son fared?’ She replied: ‘By the One who sent you with the truth, we have not detected anything (unusual) in his behaviour up to this time… (Musnad Ahmad (vol: 4, p. 170), and al-Haakim, who declared it authentic)

There is absolutely no evidence stating ‘Ruqya’ (often MISINTERPRETED as ‘reciting any part of the Quran’ – See my blog on Ruqya) should be done. The Prophet’s example is the best one and the Hadith clearly shows he asked the jinn to leave. Again, it is a case of asking and waiting. The waiting may be for the rest of our lives but that is the true essence of faith.

Many a ‘scholar’ will advise the usage of Ayat-ul-Kursi. This is based upon the Hadith narrated by Abu Huraira: Allah’s Apostle ordered me to guard the Zakat revenue of Ramadan. Then somebody came to me and started stealing of the foodstuff. I caught him and said, “I will take you to Allah’s Messenger (ﷺ)!” Then Abu Huraira described the whole narration and said: That person said, “Please don’t take me to Allah’s Messenger (ﷺ) and I will tell you a few words by which Allah will benefit you. When you go to your bed, recite Ayat-al-Kursi, (2.255) for then there will be a guard from Allah who will protect you all night long, and Satan will not be able to come near you till dawn.” When the Prophet (ﷺ) heard the story he said (to me), “He (who came to you at night) told you the truth although he is a liar; and it was Satan.

This again, like the eating of dates mentioned above, is preventative. More importantly, it is also general and neither magic or jinn are mentioned.

Human nature is such that we want quick fixes whether it is to lose weight, to become physically fitter, or to recover from a chronic illness. Why would the issues of black magic and jinn possession be any different?

Religion, time and time again, asks for us to go against our nature. To do good even though our souls may lean towards evil, to fast when our bodies want food, to wake up at night, and pray while others sleep and so on. This is the same. Go against your nature and realise there is no quick fix. Ask and then wait. It will not be easy but no one ever said faith was.